Melissa Smith reports on a King Island print workshop with three masters of the artform.

There is always a feeling of anticipation and excitement on approaching King Island in a small aircraft; the view from above of sweeping green fields dotted with cattle and waves crashing along the western coastline. Located in Bass Strait, King Island is less than an hour’s flight from either Melbourne or Launceston. While isolated, there is a wealth of creative energy on this small Tasmanian island.

Located in the Currie Harbour precinct, facing out to sea, stands the King Island Cultural centre. This Centre has played an important role in supporting local artists and providing a venue for exhibitions, workshops and residencies since 2006 and celebrates the unique island culture and heritage through the arts. The Centre has recently undergone renovations financed by TasPorts as a gift to the community.

Artists Andrew and Dianne Blake (residents since 2012) with their recent King Island Council appointment to the role of Arts & Cultural Development have been the driving force behind the rejuvenation of the Centre’s programming. The Council sees the valuable contribution of artists to the community and the important role the arts have to play in the future of this regional landscape and beyond. One of their focuses has been on supporting the artist-in-residence program.

The most recent artist residency was in October 2019, which saw three masters of print – Basil Hall, Raymond Arnold and David Fraser – invited to King Island to present a five-day printmaking workshop at the Cultural Centre. Hall has run four previous printmaking workshops on the island and has developed quite a local following of participants whose skills have seen substantial development over these visits.

The thirteen participants in the October workshop were treated to engaging insights to each of the three printmakers’ approach to their work and the philosophy and drive behind their artistic production. The majority of those attending the workshop were local residents with several return participants from Sydney and Launceston.

Arnold provided an inspiring introductory and spell-bounding session, and the participants were soon outside seeking different viewpoints of the surrounding land and seascape, confidently drawing directly onto their zinc plates with little hesitation. They were encouraged to push their subject forward and back and, as if writing a visual story, build up the plate images through a number of states.

The next day Frazer provided an equally engaging introduction to his own work, in particular the art of wood engraving and the association his imagery has with the narrative of story-telling. Challenged on another scale altogether, in anticipation, the participants held tightly onto their small lemonwood blocks only 6 x 4 x 2cm in dimension. Armed with a set of engraving tools of various shapes they each scratched and carved into their blocks, under Frazer’s watchful eye, trying as he had suggested, to ‘slowly turn the light on’ in their images as they worked.

The following three days Arnold, Hall and Frazer expertly guided and assisted the participants through the various stages of completing both their etchings and wood engravings. The final results spoke for themselves and were testament to the influence and impact the tuition had had in a relatively short time.

Sydney artist, Kate Ravich, was one of the participants. Ravich, through her Give Art Create Heart initiative, generously donated funds raised through the sale of her artworks back to the King Island community as a reflection on her late father’s love of King Island. The purchase of the press that is used in the Centre was the community’s choice of how to use Ravich’s donated funds and represents how they value the printing workshops and developing their skills further by engaging with professional printmakers from interstate or overseas.

Printmaking workshops will continue as an integral part of the Centre’s programming and on the back of recent successful grants, major arts based events such as the ‘Cataraqui 175th Commemoration’ in August 2020, King Island is securing its reputation as a cultural centre of note. 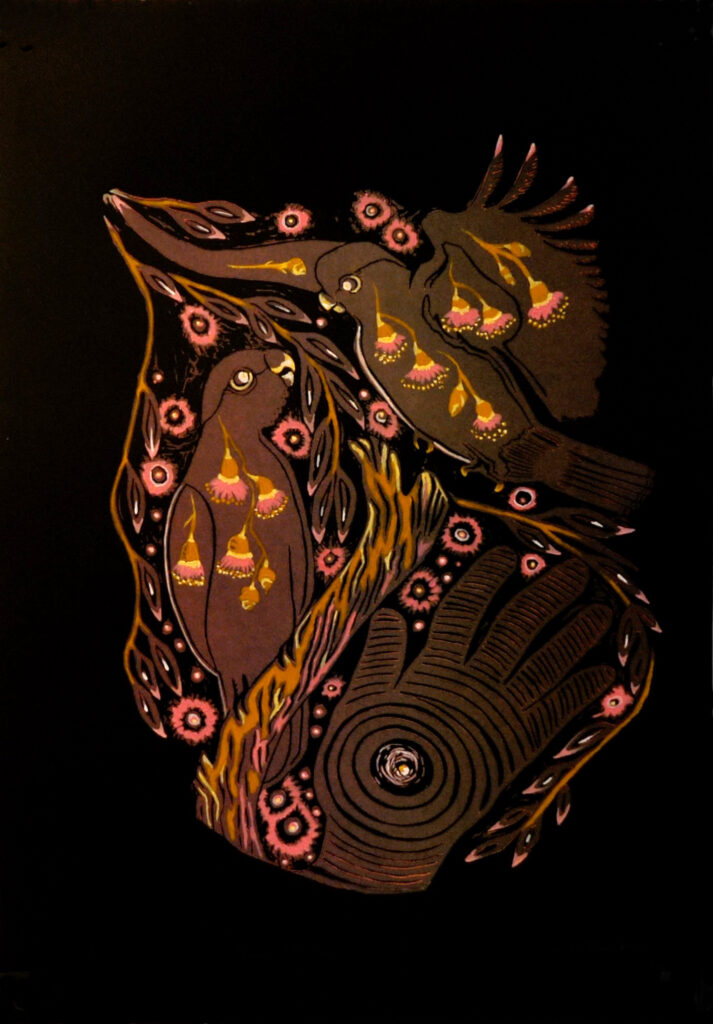 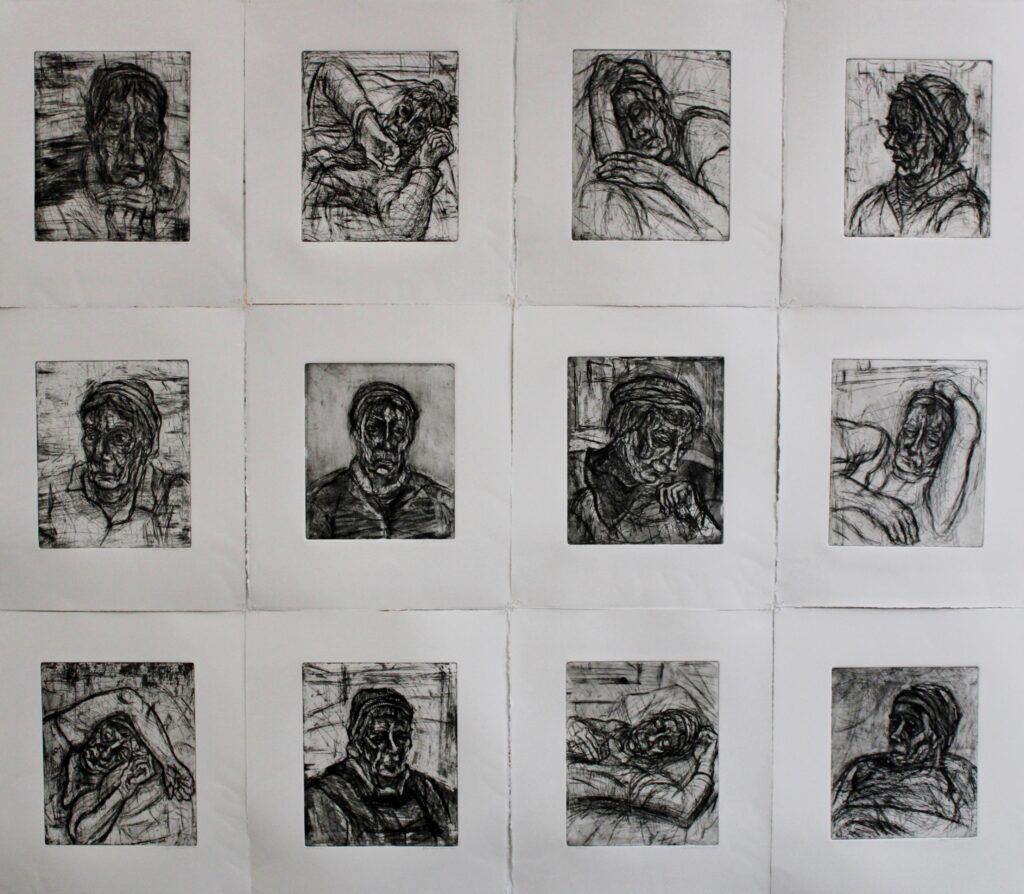 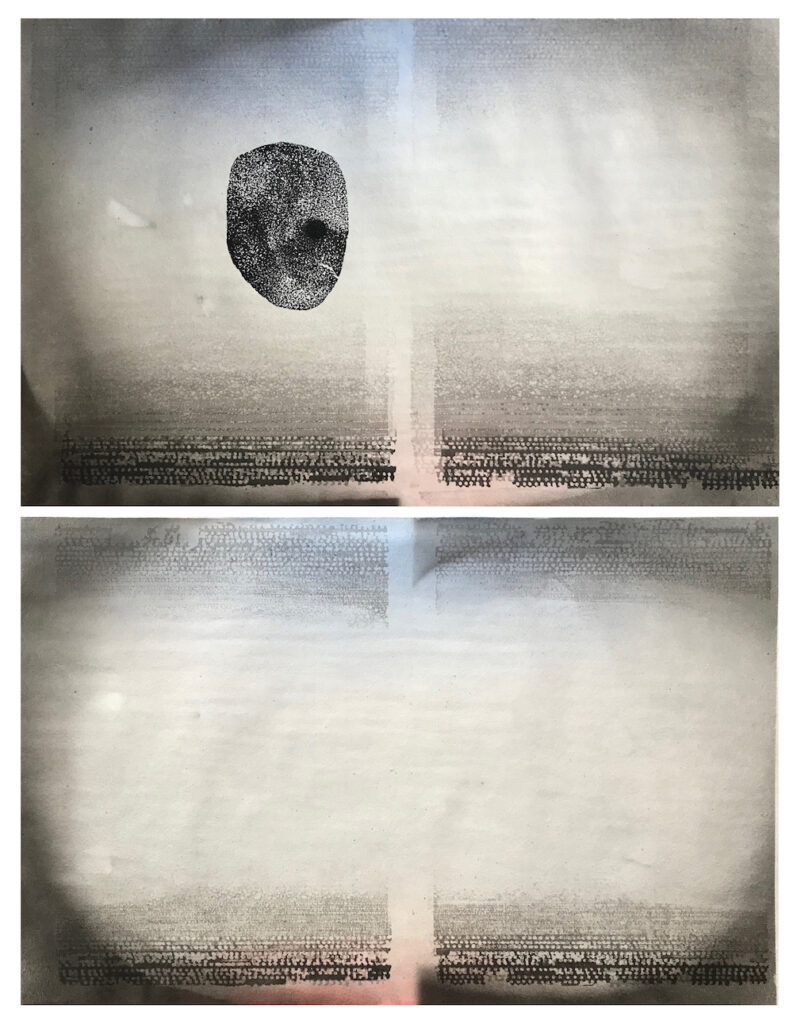